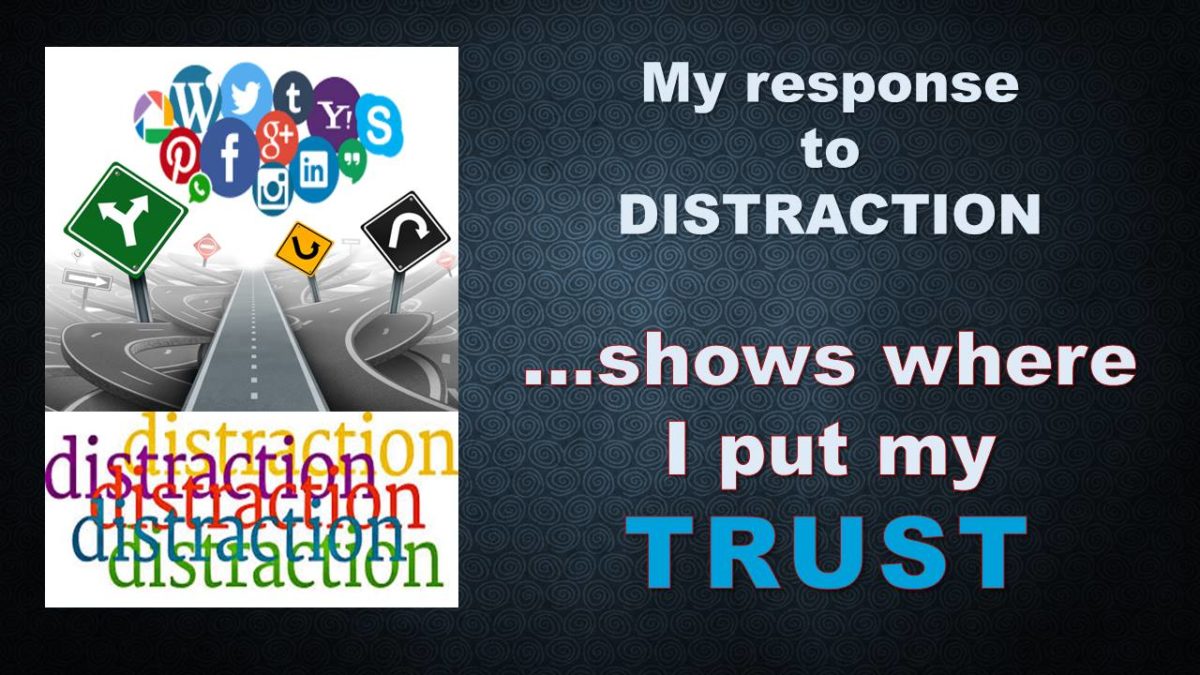 Some years ago our family sat in our Honda minivan at an ordinary intersection in our medium-sized Midwestern city. My fellow drivers to my right got their yield light and the lead car moved out. Only, this driver didn’t drive with purpose as you’d expect; he kinda jerked his way in the direction of his destination, like the wobbly, unsteady way a turkey buzzurd flies. A glance at the driver diagnosed the problem: he was staring (mouth open) at his phone, only generally aware of his other responsibilities. A second car moved through the intersection; same thing, only this driver was (not making this up) driving with her knees and composing a text with her thumbs. A third driver rolled through staring at a piece of paper.

“Is anybody really driving today?!” I said, turning to Amanda. But before she could respond the fourth driver rolled through. We recognized him as a friend of ours from church, and (oh, joy!) he had both hands on the wheel and was watching the road!

Today we live sixteen miles from the nearest traffic light, but the lesson of that illustration holds true: we are a distractible and often distracted people, are we not? And, as we move into the summer months when we’re out of our regular routines and thus vulnerable, we need to help each other think about what our response to distraction says about where we put our trust. Are we truly trusting God to order our lives, or does our fiddling around in the world of distractions indicate a self-dependence that needs to be confessed and made right before God?

We get help here. From the biblical accounts of Adam and Eve, to Lot, to Esau, Jacob, Moses and the Nation of Israel, we have rich material from which to study what our responses to distraction say about our heart conditions. But, my favorite study is King Solomon. Consider the heights from which he fell. Solomon had received wisdom from God (1 Kings 3.12); Solomon’s subjects flourished under his practical wisdom (4.20); Solomon even served as a kind of priest-king, thinking especially of his intercessory role in the dedication of the Temple (8.22-23). Still, he got distracted, and he fell, badly.

That Solomon took many wives would not have been considered unusual for a king. Kings did this to show their virility, but also to manage their material holdings. Moabites, Ammonites, Edomites (peoples to the east) are mentioned; then Sidonites (to the northwest) and Hittites (to the northeast) are mentioned. Israel had either conquered (1 Samuel 8,10) or begun trading with these peoples (1 Kings 8,10).

Conventionally wise as this might have been, God had told Israel, “Don’t do it”: … you shall not intermarry with them (Deut 7.3-4) and [your king] shall not acquire many wives for himself, lest his heart turn away (Deut 17.17).

So, it should not surprise us that Solomon’s distraction with his many wives (and their gods!) moved from the material to the spiritual, but not all at once and not right away: When Solomon was old his wives turned away his heart after other gods, and his heart was not wholly true to the LORD his God … (:4-8).

That’s a frightening statement for me. It means that Solomon served the better part of forty years becoming more distracted with his heart growing colder toward God and God’s things.

What are the distractions of our age? We’re in a hinge of history, aren’t we? As a Gen-Xer I can remember a world without personal computers, without cell phones, without email. (My family’s first cordless phone was exciting.) But, today, some futurists are predicting that the day is coming (probably in about 2050) when virtually nobody alive will be able to remember what it’s like to live off-line.

There is no doubt that the pings and beeps of the internet are highly distracting. But the real question is, What is this doing to us? What is it doing to our minds when we are living with the constant distraction? How do we live in this parallel universe? It’s a universe that can take all the time we have. So how do we share our time between the virtual universe and the real universe? What happens to us when we’re in constant motion and addicted to visual stimulation?

My response to distraction matters! Solomon’s desire to order his kingdom through his many wives was met with consequences for himself and for others (:9-13).

And the LORD was angry with Solomon, because his heart had turned away from the LORD, the God of Israel, who had appeared to him twice and had commanded him concerning this thing, that he should not go after other gods. But he did not keep what the LORD commanded (:9-10).

The story is a sad one. The most prosperous of Israel’s kings, who had been been given wisdom by God and who had been promised that obedience would result in an everlasting throne, had the kingdom torn from him and from his son: … I will tear the kingdom from you and will give it to your servant (:11).

Even so, there’s good news here. Like a tiny trickle of water that bubbles into a brook and then widens into a mighty river of grace, God will fall back on His previous promise to David, recorded in 2 Samuel 7.14, in which He had promised David an eternal throne. Look at verse 13: However, I will not tear away all the kingdom, but I will give one tribe to your son, for the sake of David my servant and for the sake of Jerusalem that I have chosen (:13).

This is all Christ-language, isn’t it? The tribe is Judah, and Jesus will come from Judah to be Israel’s king (Isaiah 11.10). Solomon’s failed response to distraction resulted in a Savior, by God’s grace. And Jesus, as the final son of David, will not fail his people but will respond to God with whole-hearted devotion, winning salvation for us who trust in Him.

But, again, what does it look like to respond to the particular distractions of the Digital Age in a way that shows that we’re whole-heartedly devoted to God? We in the Digital Age are often dealing with technologies that are morally neutral. Smart phones can be used to draw people together for Christ’s purposes, or they can enable us as we waste vast amounts of time. Theological Dougles Groothius, writing in The Soul in Cyberspace, reminds us that, “Everything is a trade-off … A wise person will not shun technology but will ask what are the benefits? And what do I lose? And what do I gain?”

For us, thinking about distraction does involve evaluating moral content. That was the case with Solomon, since God had warned him off the gods and women. But, our situation also requires us to check our hearts to see what our responses to technologies says about whom we’re really allowing to order our worlds. It could be that we’re attempting to order our world in a way that indicates we’re not content to trust God.

My salvation is not in managing all the different realities of my life but in being changed by faith in Christ. My response to distraction shows me where I put my trust.

Try this exercise in what I call “real space”:

Spend an hour reading a book. I get it. This will be hard, but feel your mind relax as it follows a sequence of ideas, and you give your mind time to process ideas one after the other.

Then, take a walk. And, as you do, ask the LORD some questions:

Are my affections (heart) being turned so that I’m trying to find my happiness in anything other than You?

Do I need to limit my use of technology to put it in its proper place? (Maybe shoving my phone in a drawer during dinner, or when I’m relating intentionally to my family or friends?).

Do I need to “fast” from my device for a time?

The LORD of hosts is with us/ the God of Jacob is our fortress.