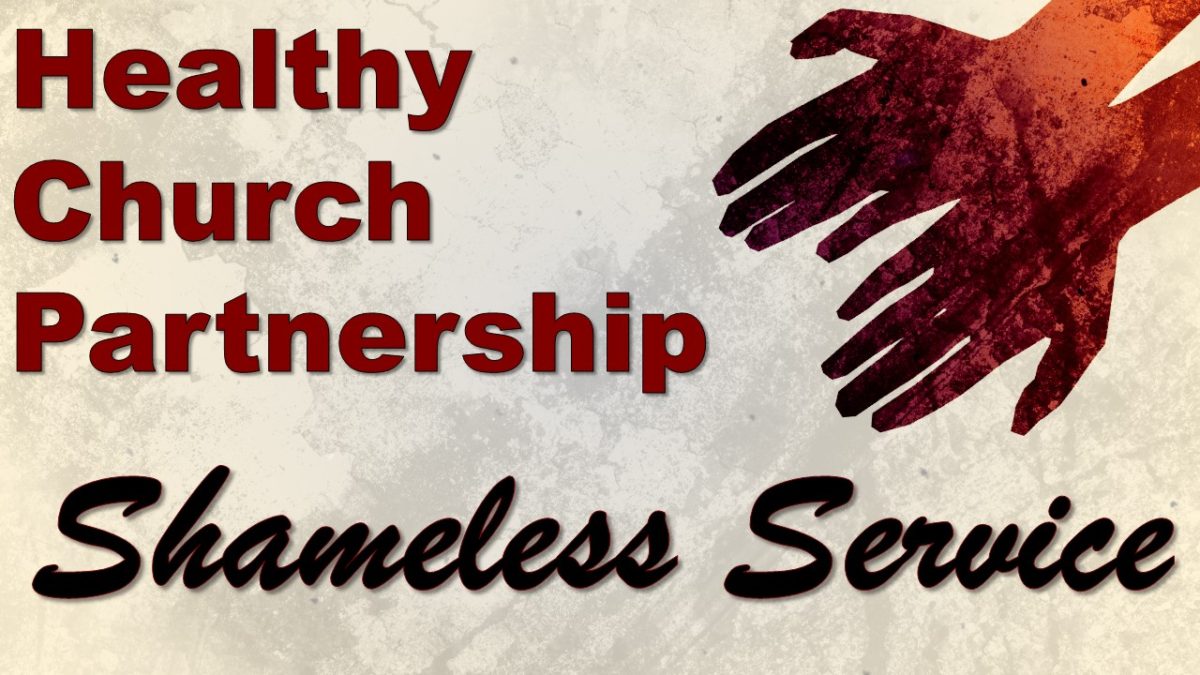 Serving one another in the church is like that. It’s what we do, despite failure, difficulty and confusion. It’s a mark of healthy, local church partnership. We just keep going after it.

But, apart from Christ, it’s not natural, and it’s not what we do!

In John 13 Jesus shares a Passover-like meal with his disciples, the night before His death. This is the meal (also recorded in Mark 14 and Luke 22) where Jesus institutes the Lord’s Table. Jesus is the Passover lamb, and so will not share the usual feast with His disciples. Instead, He’s bringing the old order to a close. In John 13, Jesus shows His disciples His love, the way to remain in fellowship with Him during His absence, and how we’re all to serve one another until He returns.

Jesus … laid aside his outer garments, and taking a towel, tied it around his waist. Then he poured water into a basin and began to wash the disciples’ feet … (:3-5).

We must be washed by Jesus (:1-11). This is the requirement for knowing Him and serving one another in His absence.

Especially here, there’s always a snake in the grass. Jesus’ shameless service takes place in the face of an enemy. Since the garden when Satan entered into the snake to deceive our first parents, Jesus’ enemy has always opposed the work of redemption. Now, Satan has poisoned the mind of Judas (:3) and will eventually enter him, as he did the serpent (:27). Jesus will send Judas from the room, this before teaching His true followers (chapters 14-17). But first, Jesus washes Judas along with the others.

Jesus’ washing is also necessary. In the culture of the day there ought to have been a servant to wash the guests’ feet. Perhaps the disciples had missed this detail while they were organizing the meal and shouldering their way up to the head of the table (Luke 22.24-30). It had to be awkward. Who is the least who will do the job? Finally, the host becomes the servant, as He’d always made Himself. But Jesus also radicalizes this washing. If I do not wash you, you have no share with me (:9). Jesus is talking about regeneration, the new birth by faith (chapter 3). It’s true of Peter and the others, but not of Judas (:11). This one-time washing will be necessary to know Jesus after His departure. Likewise, those who have been cleaned by Jesus will need to make confession of their sins to maintain fellowship with Jesus (:10; 1 John 1:7-8).

Finally, Jesus’ washing is simply shameless. John makes a point of noting that Jesus … laid aside his outer garments (:4). Jesus’ cloak might have been impressive, woven of one cloth, as we know from the cross scene. Luke 8 also informs us that Jesus had wealthy patrons. Then, He was a rabbi and might have worn the tassels befitting His office. All this went to the ground, replaced by a towel. Christ served shamelessly.

In response, we His disciples must wash each other (:12-17). If I then, your Lord and Teacher, have washed your feet, you also ought to wash one another’s feet.

As in Jesus’ washing of us, our service to one another will be shameless, necessary, and in the face of an enemy. Often, the enemy presents himself in the same kind of confusion we see in the Upper Room. We don’t know what to say … it’s awkward … we hope against hope that somebody else will take up the towel … it’s messy … we’re clearly not gifted for that sort of thing. Once more, there’s a snake in the grass.

And yet, serving one another shamelessly is to be our mode of operation till Jesus returns. So, we send the text when we’d rather stay unentangled. We pick up the prepared chicken from Sam’s and turn up on our friend’s doorstep to say, “I’m so sorry for your pain. I love you, and here’s something to keep you going a bit.”

We take up the towel, because it’s what we do, despite failure, difficulty and confusion. We keep going at it. We serve … shamelessly.

Circle up with someone you’re accountable to and think through the following questions:

What are the enemies to shameless Christian service with which you’re most familiar?

What would be a contemporary equivalent to foot washing?

Why might it be significant that Jesus washed Judas’ feet?

What are the benefits to be “being washed by Jesus” and to “washing one another’s feet”?

Is there anybody who’s “feet” you need to wash? 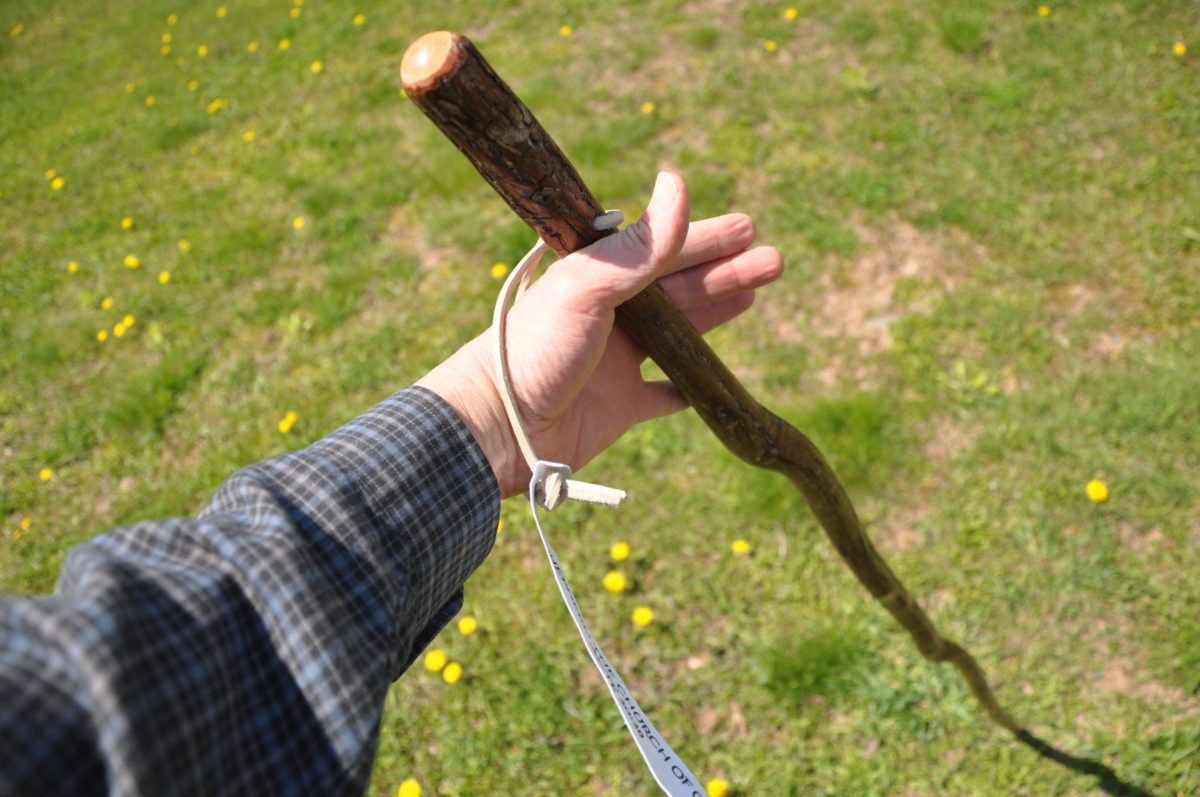 Who comes to mind when you think of a great leader? Could it be a uniter, like Abraham Lincoln? A model of compassion, like Mother Teresa? Or, a motivator and teacher, like our own (here in Wisconsin!) Vince Lombardi?

The Apostle Peter’s letter 1 Peter is about experiencing God’s grace in the midst of suffering. Prominent themes include rejoicing, But rejoice insofar as you share Christ’s sufferings, that you may also rejoice and be glad when his glory is revealed (4.13); judgment, For it is time for judgment to begin at the household of God (4.17); and, humility, Therefore let those who suffer according to God’s will entrust their souls to a faithful Creator while doing good (4.19). The letter, likely written in 63/64 AD and to churches founded by associates of the Apostle Paul in northern Asia Minor (Turkey today), was penned by Peter amidst Nero’s persecution. Nero’s purge of the early Christians had, very probably, taken Paul’s life. Who will lead the churches now? Peter wrote to address the consternation and fear of these churches.

In this critical juncture, Peter talks about leading and following. He exhorts elders first, then followers, as “a fellow elder,” as a “witness of the sufferings of Christ” and as a “partaker in the glory that is going to be revealed” (5.1). How strange. He might have mentioned that he had observed Jesus in His glory at the transfiguration. Or, he could have brought up the bit about his being given the “keys to the kingdom” (Matt 16.19) that indicated leadership in the early church. Instead, Peter speaks language of co-leadership with the rising generation of Christ-followers, and the language of witnessing Jesus in His humiliation, and the language of future glory.

And what about Peter’s witness to Christ’s sufferings? Was Peter a good witness? Hardly … He denied Christ three times and ran away, remember? Oh, but then Peter was restored. “Tend my sheep” (John 21, three times). It’s this picture of the humbled, restored, refined-by-suffering, and zealous for future grace servant that becomes Peter’s picture of the ideal church leader.

Peter’s instruction to appointed leaders being refined by trouble is to pastor God’s people (:1-4). These elders are to be those who lead the church through this time of humiliation between Christ’s two comings. They’re to serve “freely,” not as those who have gotten their arms twisted, so that they serve grudgingly. They’re to serve “eagerly,” not as those looking out for their own interests. And, they’re to model Christ, not domineering over those in their charge. Those who serve well receive the “unfading crown of glory” (5.4) at the appearing of the chief Shepherd, Jesus Himself.

Such an appeal cuts against much “wisdom” of our day. Often, we default to what we know best. As churches grow, we tend to replicate the corporate character many of us know from the work week: pastor as CEO, elders as a board of directors, associates as middle-managing project managers, membership as shareholders, unbelieving community members as customers. Such a business model is not in keeping with Peter’s exhortation. Instead, elders are pastors who shepherd the church through humility now, but toward the future glory of the Great Shepherd. Our profit and bottom-line are different. We’re to speak and think the currency of humility.

What about followers? Peter’s instruction to those following appointed leaders being refined by trouble is to follow with humility (:5a). Likewise, you who are younger, be subject to the elders.

Why would those “younger” need a special word? Children can learn, through discipline, that they’re to respect and obey their mothers. And, cheeky disrespect from children should be met, probably, by a strong response from their fathers. This is because their fathers see a different side of things. Their fathers know, among other things, just how hard the child’s mother is working. The fathers appreciate—better than the child will ever imagine, until he is a parent himself—all the unique tensions of parenting through which his wife, the child’s mother, must navigate.

So it is in the church. Peter found occasion to address younger people, because they often don’t appreciate the tensions of leading people in the unique community that will be each church. Problems must be “pastored” through. While a board room (or the Oval Office today) might be a place to say, “You’re fired!”, this won’t be how the local church is run. Decisions will be made, but often “success” will be found only by coming out united on the other side. Progress like this will be made slowly, and with humility.

Peter ends his exhortations with a general word. Cloth yourselves, all of you, with humility toward one another, for “God opposes the proud but gives grace to the humble” (5.5). Peter’s instruction to everyone is to humble themselves before God till Christ lifts them up. Followers are not told when they will be lifted up. In this life? Maybe. In the life to come? Certainly. Important is that such a “lifting up” will come about through imitation of humbled, refined-by-suffering leaders who themselves have learned to imitate Christ.

So, who is your picture of a great leader now?

Find someone you can talk to about leading and following from 1 Peter 5.1-7. Discuss the following questions.

What character qualities does Peter state are most important in a church leader?

What are some ways that you can protect the reputation of those in leadership in your church?

How is the local church unlike a a business or any other kind of organization?