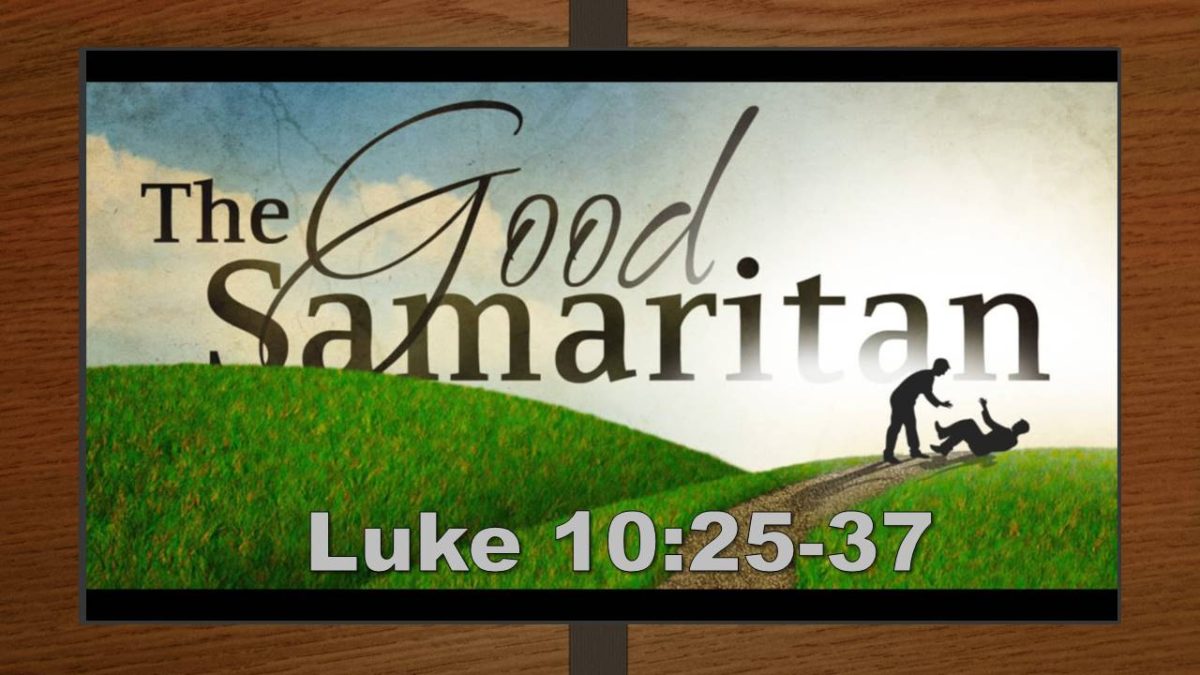 The Good Samaritan is in contention for the best-known passage in all Scripture. Everybody, including completely secular people, thinks they’ve understood this teaching of Jesus. But Jesus never told a parable that wasn’t a cliff-hanger. Every parable requires a life-response. Do we “get it”? Do we “get” Jesus?

Jesus told this parable in context. Luke 10.25-37 recounts Jesus’ dialogue with a lawyer—a theologian of the day. The dialogue unfolds in two rounds—two questions and two answers per round. Each round starts with a peek at the lawyer’s heart: he wants to “put [Jesus] to the test” (:25); he desires to “justify himself” (29). At issue, big picture, is the life of God. “Teacher, what shall I do to inherit eternal life?” the lawyer asks.

“Nothing,” Jesus could have answered. “It’s the inheritance of Israel received by faith and unearned, like every inheritance.” Perhaps, this would have pleased the lawyer. But, Jesus is always pressing into the heart of the matter, and into hearts. He takes the lawyer’s bait, knowing that the lawyer probably considered him soft on the law.

“You’ve got it!” Jesus says, in so many words. “Do this and you will live.” Notice, Jesus has changed the topic from inheriting eternal life to the living of life itself. There’s also a life-response now required of the lawyer. The man wants to “do” something, and he now has his assignment. But, before he does, he wants to renegotiate.

“Who is my neighbor?” the lawyer asks. Very likely, he expected Jesus to separate his relatives and the friends of Israel from the foreigners and the nation’s enemies. What he gets is a story.

The parable is well-known. There’s the Jewish man (assumedly) who is stripped, beaten and robbed by bandits. Kenneth Bailey (Poet & Peasant and Through Peasant Eyes, 1983) notes that the first of seven scenes establishes a pattern of coming … doing … going.  After the bandits, the priest and the Levite will, likewise “come,” but then (not)”do”. And then, they will “go”.

The Samaritan is different. He will come and then do all that the others have not. Unlike the Levite, likely returning from performing religious rituals in the Temple in Jerusalem, he will treat the wounded man, pouring on wine (reminiscent of the recent religious work of the Levite). Unlike the priest, who almost certainly rode a horse, the Samaritan will give the wounded man a ride on his “own” horse. Unlike both, he risked having his baggage and other animals robbed. More, he would have endured ridicule at the inn where he took the wounded man. (Imagine a Taliban fighter turning up at a U.S. Army checkpoint with a wounded child.)

At the center of the seven scene parable, there is verse 33: “But a Samaritan, as he journeyed, came to where he was, and when he saw him, he had compassion.”

Jesus reenters the dialogue with the lawyer. “Which of these three, do you think, proved a neighbor to the man who fell among the robbers?”

The lawyer knows, but he can’t quite say it. “Samari … The one who showed mercy,” he says, instead.

“You go, and do likewise,” Jesus concludes. We’ll never know, if the lawyer “got it,” or not.

We’ve been learning in our teaching times at Woodland that the lessons of the parables can be discerned through the main figures of each story.

In The Good Samaritan the combined figures of the priest and the Levite teach us that religion sometimes hinders love for God and service for neighbor. There’s a tendency for church people to think that because we’ve celebrated and learned and given our gifts that we “have done” (think of the lawyer’s original question) what is necessary for life. But, God has a mission. Really big picture here, God’s mission involves the buying back of all creation through the work of Jesus, this received by faith. It’s not that God has a mission for His people, it’s more like God has a people for His mission. Churches like Woodland, then, exist within Gods mission for the benefit of their non-members. A real heart for God sometimes looks pretty ordinary, like binding up somebody’s wounds, because we love God.

From the Samaritan, we learn that we must serve everybody without distinction. This is the point usually made, but (like the lawyer), we like to parse the answer. Secular people want to stop at good works. The result is a Gospel-less Y.M.C.A. religion—fine exercise club at an affordable price, but hardly the life of God. Church people, sometimes, want to stop at speaking the Gospel. Now, to be sure, Gospel witness is no less than verbal proclamation. But, the “half-dead” man of the parable could not hear. Surely, love for God and neighbor looks like ministry in word and deed.

But, now, finally (and usually overlooked), we learn from the wounded man in the road that even my enemy is my neighbor. This, in context, is the point of the passage. The sticking point for the lawyer in the wider dialogue didn’t involve what God’s Word actually said; it involved the identity of those the lawyer wanted to love. Some people, yes, but everybody, no.

The wounded man in the parable woke to learn that he’d been saved by none other than his sworn enemy. And, he learned his lesson, not by doing, but by receiving.

How like us. This final point takes us to the Gospel: … but God shows his love for us in that while we were still sinners, Christ died for us … For if while we were enemies we were reconciled to God by the death of his Son, much more, now that we are reconciled, shall we be saved by his life (Romans 5.8 … 10, ESV).

Like the man in the road, those of us who know Christ have been saved by one who did not wait to be reconciled to us before bringing us to the life of God. Jesus came … and did … and stayed. Now, we go and “do likewise”.

Those who “get” Jesus are those who express their love for God by loving even their enemies.

Circle up with somebody with whom you can share this parable. Discuss the following questions:

How have you grown through this, most recent, reading of The Good Samaritan?

Do you have any enemies? Whom are you being led to serve, as a result of this parable?

What does this parable mean for a church like Woodland? How does this teaching move us outside of our church family and into our community?

What’s the life-response that Jesus is asking of you?