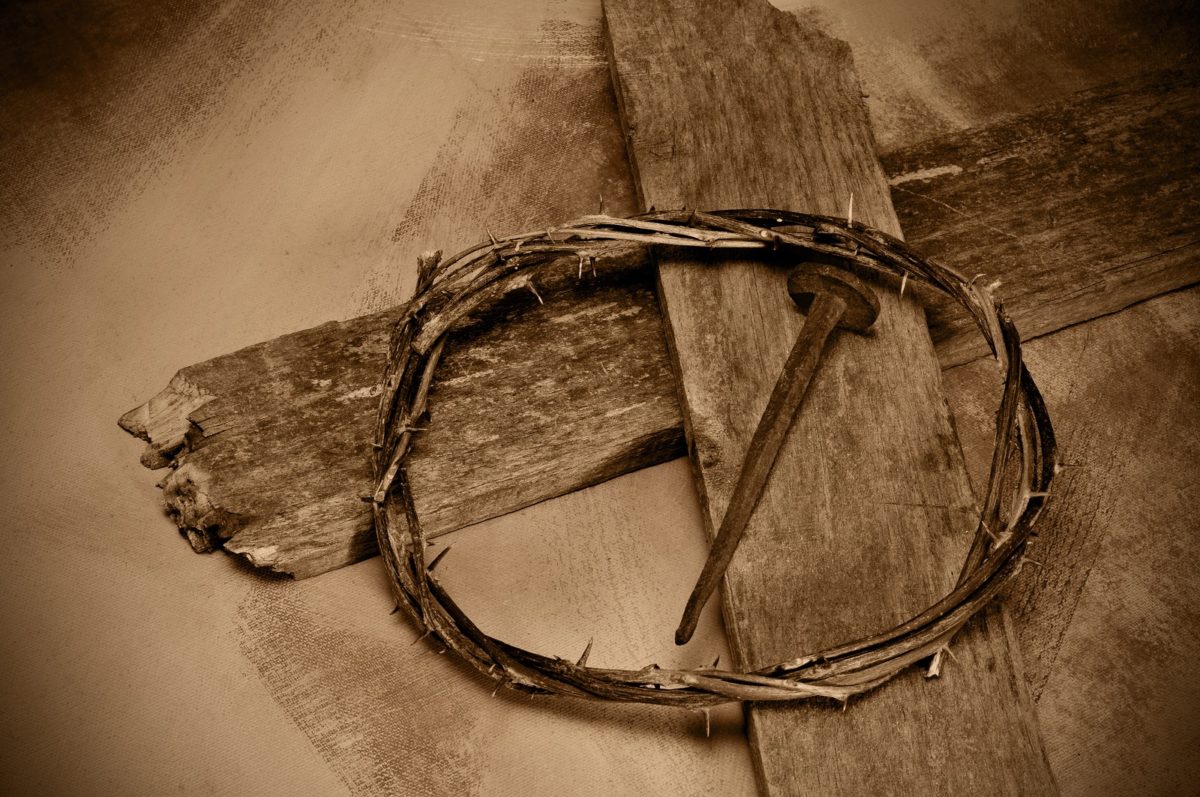 Some years ago, when returning to the States from some ministry training, Amanda and I shared an airplane aisle with a young, Indonesian software engineer named Bashir. Sharp, clean-cut, intelligent, Bashir turned out to be a devout Muslim and a ready apologist for Islam. Our own description of our work prompted lively discussion about God. We had a wonderful time! But, at each mention of the Christian Gospel, we’d smack an invisible wall: “God cannot sacrifice His majesty to become a man,” Bashir would repeat, endlessly. And so we reached our cordial impasse. We exchanged some emails later, but that was pretty much much that.

Looking back in reflection, I applaud Bashir for his conviction that God is bound by His own nature. But, unlike Bashir, my Christian understanding of God’s Person(s) allows me to approach God through Christ as One who is relational, personal, knowable; not distant, wholly other, or entirely transcendent.

Tonight at Woodland, we meet for Good Friday. We’ll meet to prepare for Sunday and will enrich our understanding of the death of Christ. In meeting, we’ll consider that transaction that took place between the Father and the Son at the cross that reflects the dynamic relationship between the Persons of the Godhead as—for one enormous, eternally weighted moment—the Father forsook the Son in our behalf. We’ll consider Mark 15.34, one of Christ’s Seven Last Words from the cross. My, God, my God, why have you forsaken me?

This Word has troubled many. Jesus appears confused, and it’s understandable how liberal scholars have pointed to Jesus’ questioning as showing that Jesus, in His humanity, lost control, that He was a victim. We don’t believe this. And, let’s consider why by looking at the Word in its parts.

My God, my God … We’re given Jesus’ address to the Father by way of translation from the original, Eloi, Eloi. Here we remember that the New Testament comes to us through the Greek language, the cultural language of the eastern Roman Empire. But, Jesus and His Palestinian Jewish contemporaries spoke Aramaic, and sometimes the original soaks through. The Eloi of this verse finds its Hebrew equivalent in the Hebrew term Elohim, the term referring to God in His power and majesty.

Catch the backdrop here. Jesus is dying in the world his Father created by him, through him, for him. All this takes place against the backdrop of the eternal relationship of the Father and the Son. Jesus has prayed (John 17.24), Father, I desire that they also, whom you have given me, be with me where I am, so that they may see my glory which you have given me before the foundation of the world.

My God, my God, Why … Here, we note that Jesus, far from actually asking a question, is actually quoting Psalm 22.1. That psalm takes the form of a lament. And, like a Shakespearean sonnet that has a certain rhythm and rhyme scheme, the Hebrew lament has a required shape that includes: a cry for help, a formal complaint, a confession of trust, a formal petition, a motivational element, a curse on enemies and concluding praise.

When Jesus quotes the cry for help from Psalm 22, he is referencing the psalm in its entirety. The psalm ends, amidst other declarations of triumph: … before him shall bow all who go down to the dust, even the one who could not keep himself alive. Posterity shall serve him; it shall be told of the Lord to the coming generation; they shall come and proclaim his righteousness to a people yet unborn that he has done it.

In this Word from the cross, Jesus is identifying with those He came to save. This is not, in very fact, a question but a declaration of triumph!

And yet, there is real anguish at the cross. My God, my God, why have you forsaken me?  Even more than unsurpassed physical anguish, there is unparalleled spiritual anguish as the wrath of the Father falls on the Son bringing about separation.

The forsakenness language describes this separation. Now, we find ourselves in the language of the Day of Atonement, originating in Leviticus 16. On that high day of Israel’s sacrificial year, the high priest entered the most holy place. He entered the presence of God to open the holy place, to bring cleansing and to provide final purification for any sins yet uncovered by sacrifice. As part of the sacrifice a “scapegoat” would be banished to carry the sins of the people outside the camp. To be “forsaken” is to be as the scapegoat who carried the sins of the people outside the camp. He made him who had no sin to be sin on our behalf, so that we might become the righteousness of God in him (2 Corinthians 5.21). This is Jesus’ work for us. As the goat identified with the people of Israel in their sin, so Jesus identifies with us at the cross. Forsaken!

What do we make of this? We see in this Last Word from the cross that Jesus laments his rejection by the Father in order to identify with those he had come to save.

It’s all horrific! And, by any account but God’s, wrong! But it’s the sacrifice God, in the Person of Jesus, could and did make for us … Praise Him! And, when we consider this Word of Christ, we come to God as One who is not unloving, distant, weak or small. We prepare ourselves for Sunday by enriching our understanding of the death of Christ when we will say, “He is risen! … He is risen, indeed!”