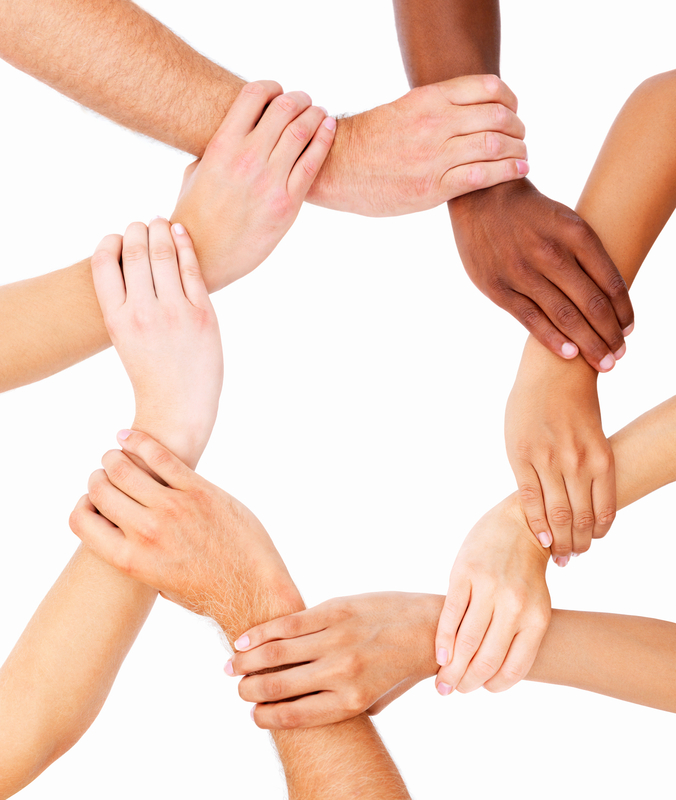 I picked up the phone, finally, in response to 1 Corinthians 11.27-34. There, we see that believers, when coming to the Table of the Lord rightly, make visible the invisible work of God. The work of Christ on the cross that unites God’s people to Him through faith (invisibly) becomes visible through the unity of His people at the table.

There’s a wrong way to come to the table. Whoever, therefore, eats the bread or drinks the cup of the Lord in an unworthy manner will be guilty concerning the body and blood of the Lord (verse 27). For the Corinthians, coming in an unworthy manner was less about pious and personal introspection than it was about the way they were going about the table. The earlier part of the chapter  gives the picture (verses 17-22). First century church meetings took place in homes. Naturally, the wealthy, having bigger homes, would host the meetings. The observance of the Lord’s Table, New Testament scholars tell us, took place in tandem with the teaching of God’s Word and preceded a common meal. But, what a situation in Corinth! One goes hungry, another gets drunk. What! … Apparently, the “haves” would push through the observance of the Lord to their own meal. The “have nots” would arrive later, and without their own food, to find their social betters tipsy and themselves excluded. Division followed. Hardly a picture of Christ and those united with Him.

Paul has hard words: these will be … guilty concerning the body and blood of the Lord (verse 27b). Divisions do exists, Paul has earlier taught, because some in the community don’t belong to Christ (verse 19). But, when the table divides those who do belong to Christ, this division fails to show what it looks like to be united in Christ. Those guilty of the body and blood of the Lord behave as though they weren’t recognizing Christ at all. It’s not that they’ll lose their salvation. It’s that they’re sinning as though they were never saved in the first place. The one who comes to the table in the wrong way shares in the guilt of those who don’t recognize the significance of Christ’s death.

But, there is also a right way to come to the table. Let a person examine himself, then, and so eat of the bread and drink of the cup. For anyone who eats and drinks without discerning the body eats and drinks judgment on himself. This examining is less about ones vertical relationship with God and more about ones horizontal relationship to others. Self-examination results in properly discerning the body, making God’s judgment unnecessary.

And, here we come to one of the twists of the passage. Up till now, it’s been about “eating the bread” and “drinking the cup” and the “body of the Lord” and the “blood of the Lord.” Now, suddenly, it’s just “the body”. What do we know about Paul’s imagery of the body of Christ in 1 Corinthians? Because there is one bread, we who are many are one body, for we all partake of the one bread (10.17). And, again, Now you are the body of Christ and individually members of it (12.27). Paul frequently talks about the church as “the body of Christ”. So, discerning the body means to look around. “Who’s not here?” “Are we undivided?” we’re to ask.

Verses 30-33 describe the particular situation in Corinth: … many of you are weak and ill, and some have died (verse 30). Such a verse is reminiscent of 1 Corinthians 5:4-5 where the man caught in gross immorality is to be delivered over to Satan … for the destruction of the flesh, so that his spirit may be saved in the day of the Lord. In both instances, God is, through discipline, preserving the souls of those who truly belong to Him. In both instances, God is preserving the unity of the church.

This doesn’t mean that behind every sickness there is a sin to be confessed. It does mean that God is very serious about the undivided unity of His people. And, He has every tool He needs to preserve both our souls and the unity of His church.  He is, after all, not a safe God.

So, we come to the table together. Since the Early Church, churches have generally moved into buildings. Since the Industrial Age, the elements of bread and cup, at least in American Evangelicalism, have been reworked to serve as many people as possible within a seventy minute service. And, as we wait for the signal to take our little pinches of bread and thimbles of juice, we probably no longer have trouble waiting for one another. Egalitarianism has taken hold in a big way. But, we are infinitely creative in finding ways to divide. Are we not?

This week at Woodland we come to the Table. Maybe you’ll do the same elsewhere. The invisible truth is that we’re saved by faith in Christ. And, God knows who is His. How will we make this truth visible? We’ll do it at the table, locally and visibly, all around the world. Are we separated by distance? No matter. For just as the body is one and has many members, and all the members of the body, though many, are one body, so it is with Christ (1 Corinthians 12.12).

The healthy church member is united with Christ and undivided with His people. Is it true? Are there feelings hurt, a cooled relationship? Division? If so, it might be time to pick up the phone …

Find a friend and talk through the following questions:

How does God show in this passage that He is very serious about the unity of His people? In your own words, why is this so?

The Corinthians knew a rift between the rich and poor. What are some ways that we divide in our culture?

Is there anybody you need to “pick up the phone” for before you go to the Table of the Lord again?