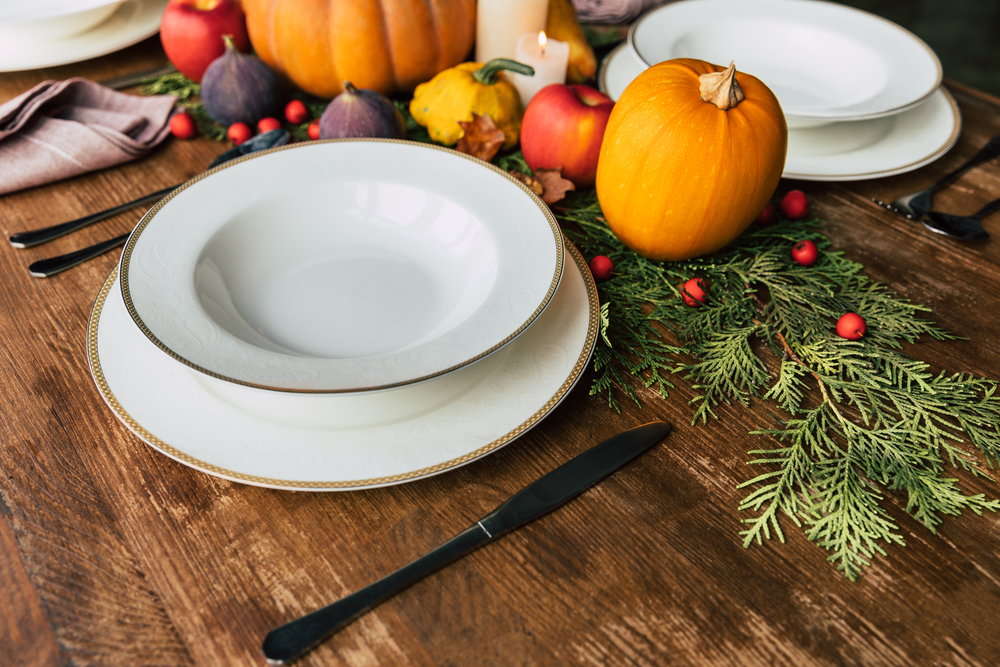 This week we enter our celebration of a favorite holiday of mine. (Toss out a comment to guess my very favorite, if you want to …)

Thanksgiving has mostly defied commercialization. It’s subdued, understated, contemplative, and is basically a celebration about what we really need. And that’s where I, as a Jesus-follower, begin to think through my proper response to the holiday.

Luke 17.11-19 helps. In a holiday featuring turkey and sesame seed gravy, cranberries and my mother’s special pea-salad that I make each year, this passage is about leprosy.

Jesus met ten lepers in his travels toward Jerusalem. They recognized Jesus (:11-13) They hailed Him from a distance, Jesus, Master, have mercy on us!

Why the distance? Under the Mosaic Covenant, the name “leprosy” served to described a whole host of skin diseases that included Hanson’s Disease (so-called in the 19th century), as well as ringworm and lupus. Some varieties were contagious, others not so much; some forms were temporary, others permanent. In the old covenant system of the nation of Israel, the priest (the religious figure!) was to examine anyone suspected of leprosy and prescribe a waiting period before the suspected would be permitted to re-enter society (Leviticus 13-14). The person might recover. But if the disease proved leprous, the person wold be pronounced unclean and removed from civil society, living perhaps in a leper colony outside the village. Skin would become infected. Nerves would die. Numb fingers would become burned or injured. Digits would fall off. The leper would die.

But, more than a dread physical disease, leprosy meant social isolation and separation from formal worship with God’s people in the temple. As such, leprosy became a picture of sin and its ravaging results—the numbness of the human heart as it dies to the things of God; separation from God, and, finally eternal death.

Despite the distance between them, these ten lepers received from Jesus (:14). Upon hearing them, Jesus shouted, Go and show yourselves to the priests.

There’s an irregularity we can’t miss here. Jesus chooses to operate under the Mosaic Covenant. He’s following Leviticus 13-14 to perfection, in prescribing the cleansing ritual. But, the wrinkle is that the suspected leper would undergo cleansing after the skin had healed. And, the priest was to initiate the ritual. You didn’t just walk into the temple with leprosy.

Verse 14b tell us what happened. And as they went they were cleansed. Got that? While they were in the act of obeying Jesus, the ten lepers received not just healing but religious cleansing that made them right for full integration into society. They were cleaned without the ritual, without the ceremonial washings and sacrifices, without a priest even.

Verse 15-16a tells us: Then one of them, when he saw that he was healed, turned back, praising God with a loud voice; and he fell on his face at Jesus’ feet, giving him thanks …

Notice how the distance has collapsed. No more shouting from afar. No more social isolation, priests and religious rituals. This man has come to Jesus in thanks! And Jesus commends him: Rise and go your way; your faith has made you well (:19).

That’s my Thanksgiving Day message from this passage. I’m to go right to Jesus Himself with my thanks.

This Thanksgiving my proper response to God’s good gifts is thanksgiving directed to Jesus and offered in faith.

How about you? What will be your response in faith to God’s good gifts this Thanksgiving?

And then we need to run to Jesus!

So, my suggestion. Do it up at Thanksgiving! … Family, friends, favorite fixings. Make Thanksgiving big. But, make Jesus bigger! If Jesus hadn’t made it to the cross, we’d still be in our leprosy. He went to the cross, so let’s focus our gratitude and give thanks, to Jesus and in faith!

Here’s a few questions to get you talking with others:

What about Thanksgiving do you just love?

How do those things that you love about Thanksgiving point you to Jesus’ work on the cross? (For example, I love family which involves belonging and togetherness. Jesus’ work at the cross brought me together with God and other people who love Him. I need to give thanks to Jesus by faith to Jesus for family that is from Him.)

How will you go about sharing your thanksgiving to Jesus with those who don’t yet “get” the significance of Jesus’ work and are only giving thanks in general?

Have a blessed Thanksgiving, in Jesus and by faith …