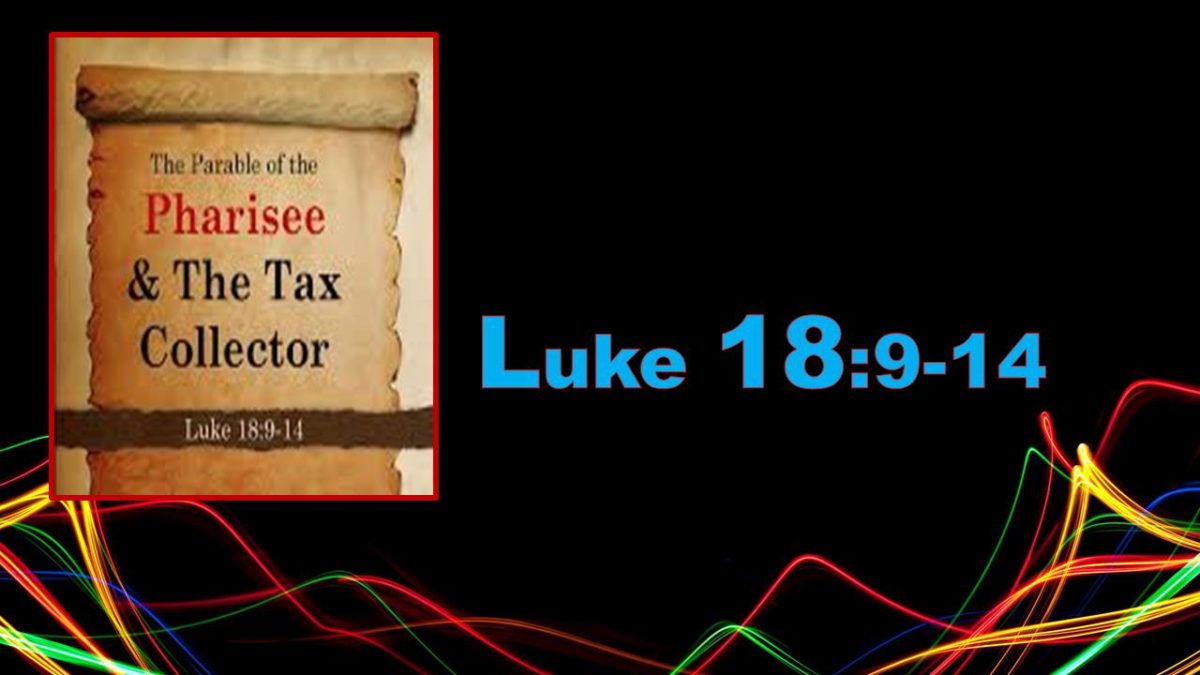 All of this self-dependence is a good thing, if you can get it. But, there’s also a kind of self-dependence that won’t work—especially with God. In fact, it will leave you isolated, from God and from everybody else.

Luke 18 records several parables about coming to God. The Parable of the Pharisee and the Tax Collector (:9-14) talks about the heart attitude we must have when coming to God. As it turns out, all this has much to do with how we feel about other people.

Two men went up into the temple to pray, one a Pharisee and the other a tax collector (:10). Temple worship in the Old Testament included two daily sacrifices. And, while individuals could pray alone at many other times, the picture here is of public worship.

The Pharisee, standing by himself, prayed thus: God, I thank you that I am not like other men, extortioners, unjust, adulterers, or even like this tax collector (:11). Don’t be too crazy hard on this Pharisee. Pharisees were the teachers of Israel. Their job was to model worship and reverence toward God’s Word. This guy got the modeling part right, but it’s his attitude Jesus condemns. Notice how he’s shouldered his way into what was probably the inner court. Now, he stands “by himself,” alone. And, he preaches at the Tax Collector, probably wondering why the most-hated of sinners was in the outer court at all, and not against the eastern wall with the other ceremonially unclean worshippers.

I fast twice a week; I give tithes of all that I get (:12). This is all about comparing himself to others. The Law required fasting once each year on the Day of Atonement. Our Pharisee fasts twice each week. The Law, at that time, required gifts of ten-percent on commodities like oil, grain and wine, but our guy gives ten-percent on everything that enters his mouth—and wants others to know about it. His assumption is that he’s righteous because of what he does. And, what he does is more than what others do and is certainly enough to please God, he thinks.

Notice how the parable leaves him standing by himself. He won’t be accepted by God, and he’s isolated from other people.

But the tax collector, standing far off, would not even lift up his eyes to heaven, but beat his breast, saying, “God, be merciful to me, a sinner! (:13) Perish the thought! But, imagine that Nazi Germany ruled America. And then, there’s an American Nazi who comes to collect your taxes. How do you feel about that guy? That’s how people felt about this tax collector! But, he comes to the Temple. He stands in the outer court. He won’t lift his eyes to God or others. He beasts his chest in remorse, a common practice among women at a funeral, but only seen among men at the account of Jesus’ death on the cross.

But, the Tax Collector falls on God’s mercy.

I tell you, this man went down to his house justified, rather than the other … (:14a). The parable began with two going up. Now, it ends with one man going down. And, this one man is “justified” before God. That’s a special word. It’s related to the Hebrew word “to cover” or “to atone for”. God accepted the Tax Collector, not because he turned up at the Temple to sacrifice, but because he threw himself on God’s mercy in humility.

And, don’t miss the detail at the end. The Tax Collector went “to his house”. That’s where his people are. He came alone, stood alone, but received acceptance by God, and then went down to be with others.

Jesus ends this short parable with two lessons: For everyone who exalts himself will be humbled, but the one who humbles himself will be exalted (:14b). First lesson: those who lift themselves up (think they’re good enough the way they are and are willing to be judged on what they do), these won’t be accepted by God. And, they’ll remain alone.

Have you ever known church people like that? If that’s been your experience, or if you don’t join much with others in church and you think churches are filled with people like that, I (for one) get what you’re thinking. We at Woodland get that too. In fact, many of us used to be like that. But, this parable shows us that it shouldn’t be that way. It’s not the Gospel, and it doesn’t have to be that way!

Here’s the Good News! Since the telling of this parable, Jesus took our offense against God on Himself. He sacrificed His own life, and God accepted this sacrifice. And, when we’re willing to be judged on what Jesus has done, we can come to God. Later, in the New Testament the Book of Romans, we learn what this means for everybody: … for all have sinned and fall short of the glory of God, and are justified by his grace as a gift, through the redemption that is in Christ Jesus (3.23-24).

Those who “get” Jesus know they come to God only in humility to be lifted up in Christ.

A couple of action steps remain for us. In Christ, we get to come to God in humility. If you come to a place like Woodland Community Church, you need to know that you are among sinners. We’re Tax Collectors, not Pharisees. In fact, some of us are recovering from addictions. Some have been in jail. My goodness, some of us even struggle with pride. We like to say that, apart from the work of Jesus, there’s no difference between us and everybody else. And, if you’re ever in the Northwoods and join us, you won’t be judged. God has judged us with Christ, and Jesus’ righteousness is enough for all!

Second action step: we get to come to God with other people. At Woodland, and any other church that “gets” who Jesus is, you don’t have to stand far off. Instead, because of Jesus, you get to stand right in the midst of God’s people.

Now, that’s a good word. So, don’t try to be self-made with God this week. Instead, come to God in humility. And, come into the midst of God’s people, to be lifted up with others in Christ.

Here’s a few questions to consider with others: