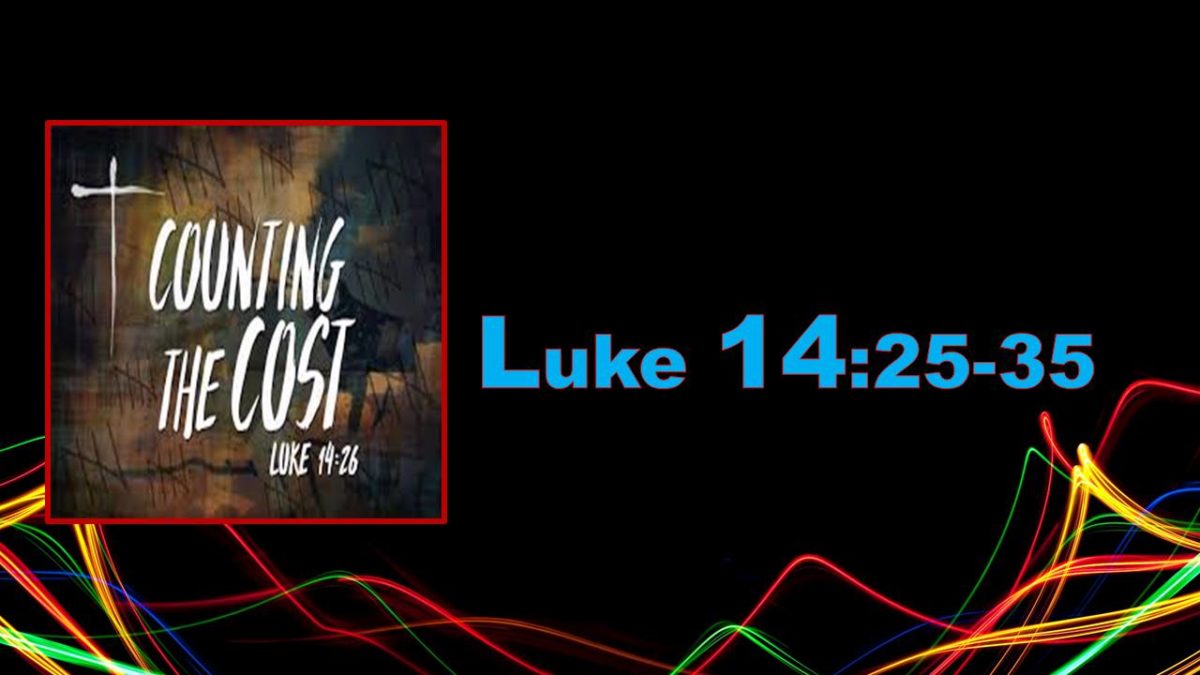 There’s a few things I really don’t want to spend money on. My cats, for one. My phone, for another.

The cats are a story for another time. It’s my phone plan that has me cringing this week. My basic, slider-phone still works, sort of. And, it’s not the up-front cost of replacing that old bomber in my pocket that bothers me. It’s the back-costs, the monthly bump in hard-saved bucks that has me pausing at the trigger.

According to today’s passage, I’m wise to count the cost. Jesus says so. But long before phones, Jesus talked about the cost of following Him, the cost of being a true subscriber to Him, His lifestyle, and His ways.

In Luke 14.25-35, Jesus has just finished a disastrous meal with the Pharisees. He’ll never eat with them again. They’ll never pretend to like Him again. Now, he’s journeying toward Jerusalem. Fickle crowds surround Him, and in the midst of it all, Jesus turns to His disciples. The Pharisees won’t follow Jesus; the crowds will melt away too. What are YOU going to do? Jesus asks His followers, in so many words.

What follows is a short, cryptic passage made up of one point, three examples, and three illustrations. First, the examples …

Counting the cost means a new relationship, Jesus says (:26). If anyone comes to me and does not hate his own father and mother and wife and children and brothers and sister, yes, and even his own life, he cannot be my disciple.

This is strange to us. In so many other places Jesus has commanded love for others, even enemies. And, He’s demonstrated that love Himself. What’s going on here? Well, Jesus is operating from the discipleship model of the time. In that day, young methetaes (“disciples,” or learners) would pledge allegiance to a teacher, adopt that teacher’s lifestyle, and count on the teacher to provide what they needed. This was the model of a young Jew following a rabbi to learn Torah, or a young Greek learning the ways of Stoicism, Epicurianism, or another school of Greek thought. To do this, of course, the student would have to forsake his former way of life, including his family.

That’s the point Jesus is making. We can’t choose Him, but still belong to someone else. This leads to the second example.

Counting the cost means enduring suffering (:27). The disciples’ new allegiance to Jesus will mean that she will suffer the same rejection Jesus did. Whoever does not bear his own cross and come after me cannot be my disciple.

Important to recognize is that Jesus is emphasizing the process of following Him, not the act of entering. We aren’t saved by taking up our crosses. Jesus saved us by taking up His. But, in coming to Him, we ought to expect the same reception He received. If the world hates you, know that it has hated me before it hated you (Jn 15.18).

Finally, counting the cost means releasing hold of possessions (:33). So therefore, if any one of you who does not renounce all that he has cannot be my disciple. The word “renounce” here means “take leave of” (read, “say bye-bye”). It’s a travel word. Paul is seen in Acts saying “bye-bye” to companions (i.e. Acts 18.18). And, we’re to say “bye-bye” to possessions we once considered our own.

Note the logic of the passage so far. Counting the cost means pledging allegiance to Jesus, suffering in the manner He did, and giving up your possessions with the confidence that what He gives you will be enough.

Woven into passage are three illustrations. The tower (:28-30) teaches us recognition. The king teaches self-awareness (:31-32). And, salt teaches perseverance (:34-35). Of the three, salt rounds out Jesus’ meaning most fully. Salt had numbers of purposes in the ancient world. Making food taste good, of course. Retarding and managing the decomposition of manure in producing compost, for another. And, most importantly, preserving food. But, when salt became corrupted by getting wet or being mixed with impurities, it had to be discarded. So it will be with those who don’t properly reckon what allegiance to Jesus actually means. They take off, leaving Jesus, and become useless.

This is a hard teaching from Jesus. He’s saying that, unlike the fickle crowds, His followers need to recognize what it will cost to enter into relationship with Him. Then, they need to persist in following Him.

Count the cost … Keep on with Jesus.

Read in isolation, there’s not a lot of comic relief or comfort in this passage. In fact, my unstudied reaction is to withdraw, so I don’t mess up. But, that’s not to be how we apply this Scripture to our lives. Here’s a couple of critical thoughts to help us:

When we come to Jesus we enter relationship by faith as an event. Then, we go on with Jesus in the process of sanctification. This passage is about what we learn along the way. We don’t renounce our families, cars, bank accounts and houses at the moment of salvation. But, we continually ask God to show us what it means that all these things belong to Him.

And, as we travel with Jesus, He sustains us and gives us what we truly need in Him.

Count the cost … Keep on with Jesus

Here’s a few questions to consider with others along the way: 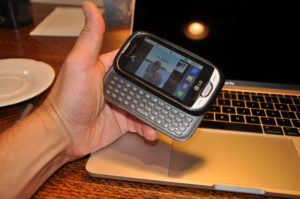