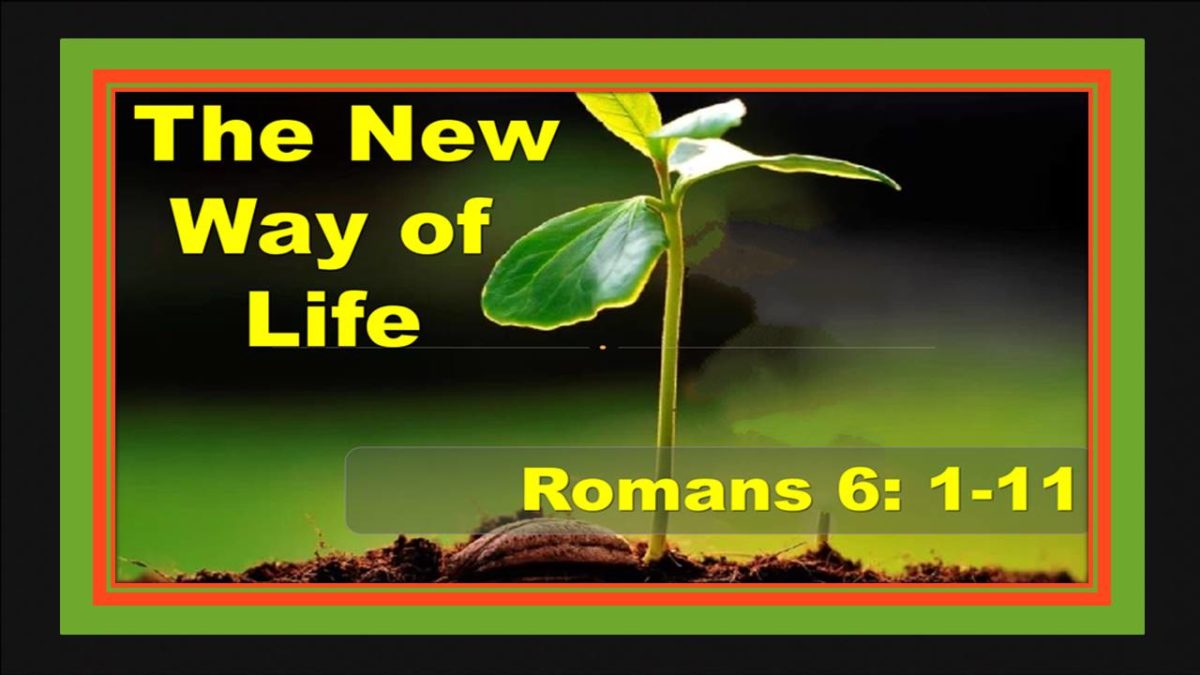 This week at Woodland we begin a short season of thinking about holiness.

While we’ll be in the Book of Romans, we’ll start off with that picture of God’s holiness we receive in Isaiah 6.1-7. Read it, why don’t you? When you do you’ll realize what a special glimpse we’re given through the prophetic vision of Isaiah as he witnessed the presence of God, and became overwhelmed, even, by the angelic beings who spent their strength doing nothing but worshipping God.

We also get a picture from Isaiah’s vision of what happens when we encounter God in His holiness. There is dread … confession of sin … and God’s provision that allows Isaiah (and us) to go on living. Then, we come to the New Testament and consider verses like 1 Peter 1.13-16, especially verse 16: … “You shall be holy, for I am holy”.

So, here’s the question for us: How is this going to work? How are we going to be changed to share God’s character, so that we are holy like God?!

Romans 5 teaches us that just as Adam brought sin into the world, Jesus entered the world and obeyed God where Adam had failed. We are, then, declared righteous when we trust in Jesus by faith. In biblical language, we are “justified”. Justification changes our legal position  before God. Before we were guilty. Now, we are declared righteous based on Jesus’ active obedience, since He kept God’s law for us, and declared righteous on Jesus’ passive obedience, where He took the sins of lawbreakers on Himself, and died in our places.

But something else takes place in time at the moment we trust Jesus and are declared righteous in Christ: We are also changed in our moral condition. That is the business of sanctification (or holiness). Holiness, as we’ll see next week, is a more-or-less thing in our lives. We grow in it, so we become more holy than we were. But it begins with a positional, bottom-line act of God in which He changes our moral condition and frees us from the power of sin.

One Anglican preacher from the last century said it this way: I fear that is is sometimes forgotten that God has married together justification and sanctification. They are distinct and different things, beyond question, but one is never found without the other (J.C. Ryle, in Holiness).

Paul argues like a rabbi in these verses with questions: How should we respond to God’s judgment about us? … Will saved people continue to live the same way? … How can a dead person continue to live as he did? … Don’t you know that we joined Christ in His death? But, his basic meaning is that we’ve been joined to Christ in His death and burial experience, and because we’re in Christ WE ARE DEAD TO OUR FORMER SINS, AND WE ARE CHANGED!

I can say that I’ve been made holy because I’ve been joined to the death, burial and resurrection life of Jesus, so that (in Christ) I am alive to God.

Take a few to consider holiness.

Are you, in fact, holy? Why would you say that you are? Or aren’t?

If you don’t feel holy, why might that be?

What if you don’t experience regular victory over sin? Why might that be?

Why not cheat and look ahead at the rest of Romans 6 to learn how God is making His set-apart people more holy?