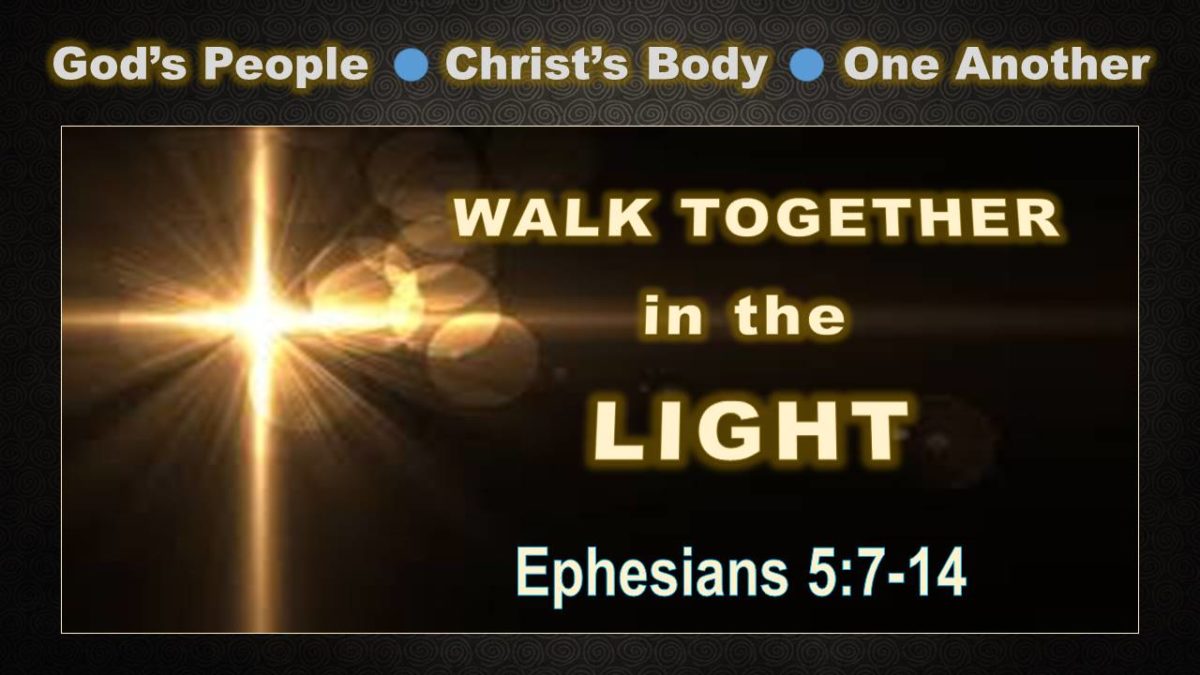 Some years ago, I visited a friend in the Sierra Nevada Mountains of Northern California. He led a retreat center, way up in the mountains. For community service, he participated in the volunteer search-and-rescue service.

The first night of our visit my friend was on call, and—sure enough—he got called into action. A thirteen-year-old girl had strayed from her group while hiking and had slid over a rocky cliff before catching herself on a little ledge about two feet deep, but overlooking a 200 foot drop-off. There she stood, in the dark.

After locating her, a feat in itself, my friend and the search-and-rescue team went into action. My part of the maneuver was to sit in my friend’s van, listen to the radio and watch while the team, with headlamps, climbed up above the stranded girl, so that my friend could rappel down and rescue her. He told me later that when he finally reached her he said, “Sweetie, you’ve got another chance at life.”

That’s a cool story and a great picture of today’s passage from Ephesians 5.7-14. In the first part of the letter we’ve learned that God has called out a people to be His Church. These are those all over the world who have trusted Jesus, including local expressions of this group at places like Woodland in the Northwoods. Now, how do we live together as God’s “called out ones”? That’s the question being answered in the second half of the book.

Today, we learn that we’re to walk together, in the light. And, this passage is about what happens when a believer who has taken off the “old self” goes back to his or her former lifestyle. What do we do? We go over the cliff, and we go get him!

First, we’re to walk together in the light (:7-10). Therefore do not become partners with them; for at one time you were darkness, but now you are light in the Lord. Walk as children of light …

Paul is talking about those from verse 5, those who practice sexual immorality, impurity and covetousness (worshipping the creation, rather than the Creator). Don’t bind yourself to such people, he says. Don’t marry them … date them … enter into business covenants with them .. don’t have “joint share” (:11) with them. Why? Because you’re in the light now.

Instead, do walk as God’s children pleasing the Lord. … try to discern what is pleasing to the Lord (:10). The word “discern” means “to put to the test, expecting a positive result”. It’s like a baker who proofs yeast to see if it bubbles and goes active. If so, good; let’s bake! Likewise, we’re to watch our lives, expecting to see attitudes and behavior that please God!

And, what does please God? The “fruit of light”; or, the “light that produces fruit”. This is none other than attitudes and behavior coming from the “new person” (4.24) that is created after the likeness of God. Even as God is good and righteous and true, so should be our attitudes and actions.

Ah, but what happens when somebody goes over the cliff into moral darkness?

Then, we restore each other to walk in the light (:11-13). Take no part in the works of darkness, but instead expose them.

Don’t participate in evil deeds. Do expose evil deeds in one another’s lives. Important here is to realize that Paul isn’t telling us to nag non-believers over their behavior: “You really shouldn’t smoke so much … you really ought not to swear like that … you really …”. No, non-believers don’t need to clean up their behavior, they need Christ! Until they do, don’t go down into the deeds of darkness with them (:12).

What we are to do, however, is to speak into the lives of believers where you expect the light and you’re not finding it. But when anything is exposed by the light, it becomes visible, for anything that becomes visible is light (:13-14a). “Darkness tries to conceal what should be exposed,” one commentator has said. And, sin only really looks good in the dark.

Walking together in the light sometimes means going over that cliff for somebody else and saying, “This isn’t who you are in Christ! Come back …! And, like my friend who lit the darkness to bring the young girl home, we reveal what’s been hidden in the lives of another, show them the ugliness of their sin, and bring them home.

Then, we live together in the light of Christ (:14b). Awake, O sleeper/ And arise from the dead/ And Christ will shine on you.

The innerly resurrected person needs to be matched by a resurrected lifestyle. And then, Christ will fill our lives. Interesting to me is the thought that we can’t really escape sin by dwelling on it. Sure, it seems like moping around in repentance and sorrow for our sin is the thing to do. (Remember the old game where you try not to think of a purple elephant? Can’t do it, can you? Not without thinking of the purple elephant first.)

The passage ends triumphantly, because not living in the deeds of darkness isn’t about going around thinking about not living in darkness. Instead, it’s about fixing our minds and hearts on the goodness and righteousness and truth of Christ. And, then, … Christ will shine on you.

To walk in the light, bring each other to the light of Christ!

Here’s a few questions to help us think together about walking in the light:

Why is the darkness and light imagery in this passage so basic and powerful?

Why is it really important not to bind ourselves to non-believers who live in the darkness?

What are some disciplines and practices you know that help you “proof” or discern what is pleasing to God in your life?

When was a time when you needed somebody to come restore you from deeds of darkness?

How is it that sinful practices die when exposed to the light of Christ? What does the goodness, righteousness and truth of Christ reveal that sin is really like?

Why do you think the passage ends like it does? Why is living in the light ultimately not about darkness, but light?

Why do we need to walk together?