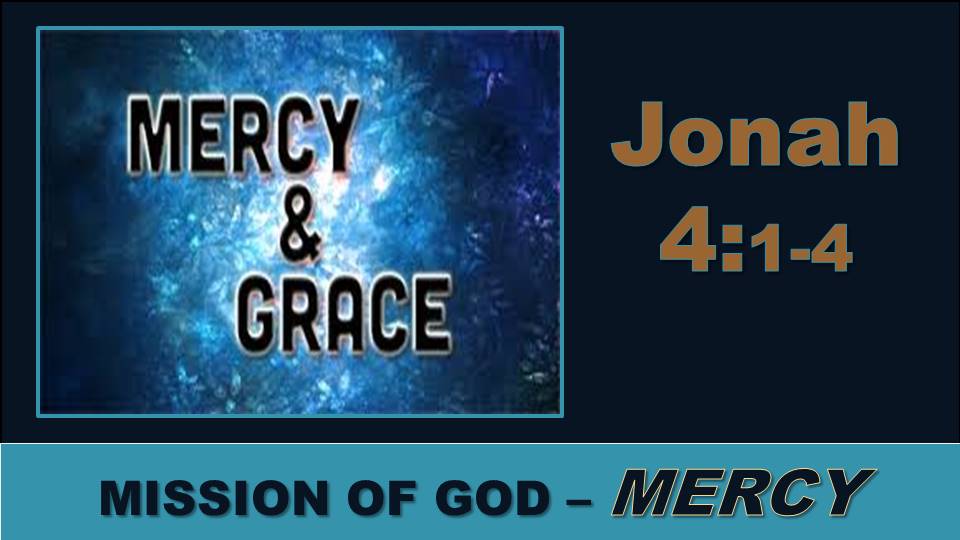 This week at Woodland we reach the crisis-point of the Book of Jonah. And, we ask with Jonah: How can Gods mercy on sinners operate without compromising God’s justice?

Miraculous as the repentance of Nineveh’s king and people was, that wasn’t the high point of the book. We come to the high point in 4.1-4 where, just like earlier in the fish, Jonah will meet with God. Earlier, in the fish, Jonah was motivated to pray in response to God’s mercy on him—with the result that Jonah was finally ready to go to Nineveh to help God judge Israel’s enemies. In the parallel episode of 4.1-4, now outside the spared city of Nineveh, Jonah prays again, this time in response to God’s mercy on somebody else.

Jonah’s prayer finally reveals the reason Jonah has been running all along. There’s something in God’s character Jonah finds unacceptable: … for I knew that you are a gracious God and merciful, slow to anger and abounding in steadfast love, and relenting from disaster (:2b).

The reader now learns something that God knew all along. Apparently, Jonah has had long discourse with God, and God knows Jonah’s heart. Also known to every Jewish reader of Jonah is that Jonah’s description of God is very nearly a word-for-word description of God coming from the LORD Himself in Exodus 34.6-7. That scene follows the Golden Calf incident where Moses has interceded for Israel: Turn from your burning anger and relent from this disaster against your people, Moses has prayed to God (Exodus 32).

After God relented, Moses interceded for the people and prays once more, revealing his reason for confidence before God: Consider too that this nation is your people … For how shall it be known that I have found favor in your sight, I and your people? Is it not in your going with us, so that we are distinct, I and your people, from every other people on the face of the earth (Exodus 33).

Jonah knows this scene. He understands this scene to mean that Yahweh is on his side, and this becomes the basis of his claim to righteousness against his enemies.

Then, Yahweh does something unthinkable: He pardons Israel’s enemies at Nineveh!

Jonah has learned that God is not a domestic, regional deity. And, it’s enough to blow his world! In fact, Jonah wants to die, because he can’t see how God’s mercy doesn’t compromise God’s justice, and challenge who he perceives himself to be as one chosen by God.

God deals tenderly with Jonah, proving that He is compassionate and long-suffering. And the LORD said, “Do you do well to be angry?”

Sometimes we’re like-wise angry with God’s mercy. Like Jonah (or, maybe, like a jealous two-year-old who doesn’t want to share her mommy with other children), we want to keep our small god, who will vindicate us by judging those who oppose us.

Jonah couldn’t see how God’s mercy doesn’t compromise God’s justice, but we can see this. Where do we see this? How about the cross of Christ where God’s justice fell on Christ, and where all those who take refuge in Christ find mercy?

The cross of Christ is what Jonah couldn’t see, because of his place in God’s redemptive plan, but also because he didn’t want to see it by faith.

My response to God’s merciful plan MUST include reflection on the cross of Christ where both justice and mercy are displayed.

Think about a few questions to apply this passage from Jonah:

Where do you most struggle with God’s mercy on other people? Has there been a time when you’ve seen God bless someone you didn’t consider deserving?

How did the incidents you described above challenge your identity as one who belongs to God?

How does the cross of Christ help you understand how God’s justice and mercy work together?

How does reflection on the cross of Christ help you show mercy to others?